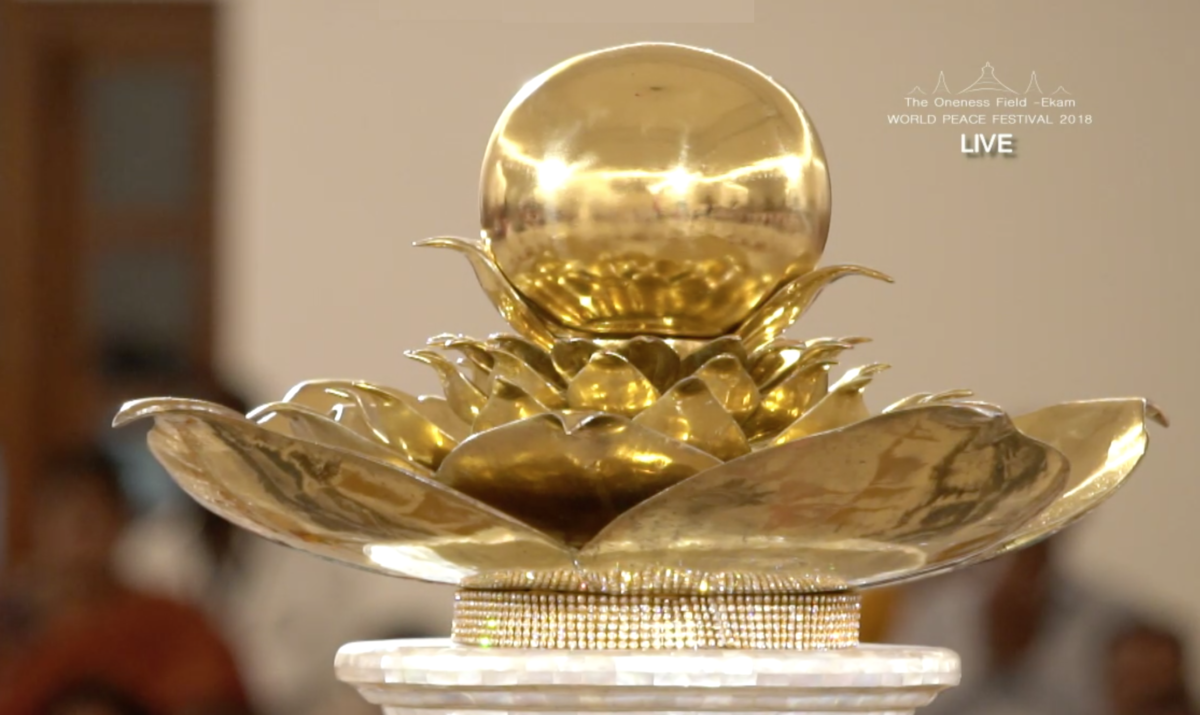 – The script came from O&O Academy

Before that let us share with you the sacred story of the phenomenon of Deeksha. The first O stands for Oneness, which was founded by Sri Amma Bhagavan in 1989. And the second O stands for One World Academy, which was founded by Preethaji and Krishnaji in 2009. In the middle of 2017 Sri Bhagavan and Amma handed over Oneness to Krishnaji and Preethaji, which was when both the bodies merged together to form O&O Academy. In the various courses offered at the Academy in India, the teachings of Sri Amma Bhagavan and the methodologies they have created merge with Krishnaji and Preethaji’s teachings and processes.

At the heart of Oneness is the phenomenon of Deeksha or the oneness blessing. When Sri Bhagavan was still a child, a mystic vision of a gigantic golden orb of light would appear to him provoking him to chant and meditate for the liberation of humankind.  When Sri Bhagavan was about 24 years old for no reason this vision ceased in him. He never discussed this with any one.  He went on to found a school, an academic institution where along with conventional education children also learnt the art of joyful relationships. Krishnaji was a student there too. 15 years after the visions ceased in him they spontaneously began in Krishnaji when he was 11 years old.  Transcendental experiences accompanied by expansive states of consciousness began to happen to Krishnaji. And other children would be impacted by them also. Sri Bhagavan knew that his years of preparation was now bearing fruit.

The phenomenon had returned. He called Krishnaji one day and asked if he can consciously share the experience he had with others. Krishnaji said yes. When Krishnaji transferred the state to others, they began to see the same vision of the golden orb of light. They also experienced universal consciousness.  Some called it god, some called it love, some called it sacred, some experience healing of the bodies and minds, some experienced miracles. This phenomenon where individuals could transfer and experience connection with the universal consciousness came to be called Deeksha or Oneness Blessing and has been shared and revived by millions through out the world.